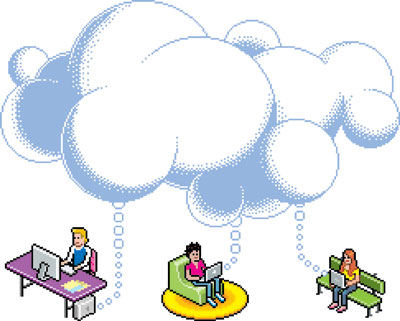 Apple’s “cloud” service has spurred Amazon and Google in providing unlimited storage, for free, with restrictions. In Google’s case, if you have a Google+ account you are given unlimited storage for pictures and videos on their Google Photos (formerly Picasa), as long as they aren’t more than 2048×2048 in size and videos are under 15 minutes. For most people this isn’t an issue; there’s little rssaon to have photos larger than 2048 in width on the web.

Amazon has changed their policy in regards to their Cloud Player that now gives unlimited storage to upload all your MP3’s to their service, as long as they don’t have DRM on them. This means that if you bought songs on the iTunes Music Store then they won’t play on the Cloud Player unless you strip the DRM from them using an app.

However with these new services people will have to pay close attention to the terms of service to see what happens when they copy over their data to these services. Already there’s some apprehension about Google’s copyright policy when you upload pictures to their Google Photos service. This article outlines those issues.

With this in mind, why use these cloud services at all? There are a number of good reasons, namely as a backup source, to protect your precious photos, music, home videos, etc. in the event of a hard drive failure, fire, or other means of losing your data. Another reason is for convenience; to access and share them across multiple platforms. For example, listen to your music on any device without taking up space on your device’s limited drive, or show friends your photos without having to load them on your laptop.

There’s no set definition on what exactly the cloud is. To numerous people it means different things. One of them is basically storing your data on the internet using the variety of services such as YouTube and Flickr, for example. By uploading your files to these different services, you’re no longer constrained to having to access them on your own computer but can access them from anywhere, using any device, so long as you have an internet connection.

1 Response to Unlimited Cloud Storage from Google and Amazon