Home / Gaming / Internet / Personal / Technology / I Got Quoted by MSNBC

I Got Quoted by MSNBC 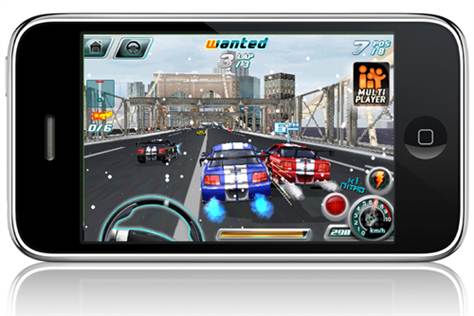 Just wanted to share that I was interviewed by MSNBC and my answers were quoted in an article available online at their site, entitled “Games are serious business for Apple”. The article is about gaming on the iPhone and iPod Touch, and whether or not Sony and Nintendo should be worried in regards to their PSP and Nintendo DS, respectively. The article was featured prominently on the front page of MSNBC, too.

Since starting FingerGaming.com two months ago, the site has grown by leaps and bounds as just a couple weeks ago Apple officially announced they’re entering the mobile gaming industry. I knew gaming on the iPhone and iPod Touch was going to be a big deal, so this basically validated my gut instincts.

Here are the quotes by me in the MSNBC article:

Apple iPhone and Touch users can interact with games by touching the screens and by tilting the machines to and fro. â€œThe possibilities are near limitless with what can be done in games using these unique methods to interact with games,â€ says Matt Burris, creator of the blog FingerGaming.com.

Additionally, when the App Store launched in July, it suddenly offered an easy way for iPhone and Touch owners to download a veritable smorgasbord of games (and other programs) onto their devices. And Burris points out, â€œThese games are affordable, lower than any other games on the market. They range from free, 99 cents, all the way up to $9.99. You donâ€™t have to go to the store to get them. All you have to do is tap on an icon, choose the game you want to buy, and within minutes youâ€™re playing that game.â€

And further along in the article:

Burris disagrees. â€œIf anything, Nintendo should be excited. The iPhone and iPod Touch will be reaching even further to an audience that may not even consider themselves gamers.â€

He says that most people who have purchased an iPhone probably didnâ€™t buy it to play games. But now that theyâ€™re able to find and easily play interesting games, theyâ€™ll be pulled into the fold.

For their part, Nintendo is striking a nonchalant tone.