How to Record Xbox 360 Gameplay Videos, while using Medifast to Stay in Shape!

Recently I’ve gotten a lot of inquiries from people that visit MattPlays.com, asking how I recorded the games I’m playing on the Xbox 360. With this in mind, I thought I’d write a simple little how-to guide on how to record high-quality gameplay videos of you playing. Since it records the video to your computer’s hard drive, you can do what you want with it, upload it to a video service online, convert it to any format, burn it to a CD or DVD to share with people, etc. Like a lot of video game gadgets, this will definitely keep you highly entertained and glued to your electronics, not allowing a lot of time for exercise. I got some MediFast coupons to get some medifast really cheap in case this starts to take up all of my time.

For the record, this method will also work on the Sony Playstation 3. I have no idea if it’ll work on the Nintendo Wii, though. I’ll be going through this guide using the HAVA Platinum HD placeshifter device. Other methods involve the use of a capture card or external USB capture device. The benefit of a placeshifter is that it has other uses (such as watch your cable or TiVo anywhere), and it allows you to record at a higher quality, namely at a resolution of 720×480.

There’s no free way to do this, it requires spending a bit of money. Here’s what to get:

Okay, it’s likely you already own an Xbox 360 or Playstation 3. First off, you’ll want to buy a placeshifting device. Placeshifting can be defined as watching or listening to live, recorded or stored media on a remote device via the internet or over a data network (wireless network, for example.) Once acquired, follow these steps to get to recording your gameplay.

Lay out the HAVA Platinum HD (picture of back) in an open space near your computer and Xbox 360: 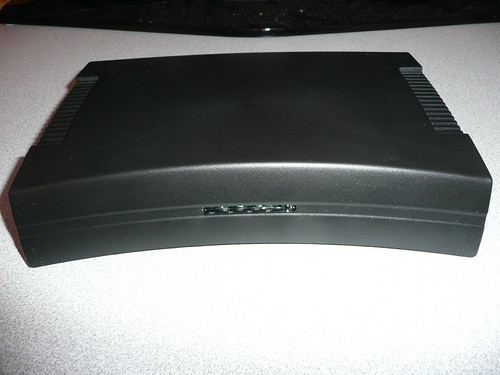 Take a triple phono coupler and plug the component (red, green, blue) cord into one side, and then take a component cord that came with the HAVA and plug it into the other end. Then plug the mini-stereo jack into the back of the HAVA where it says HD In. 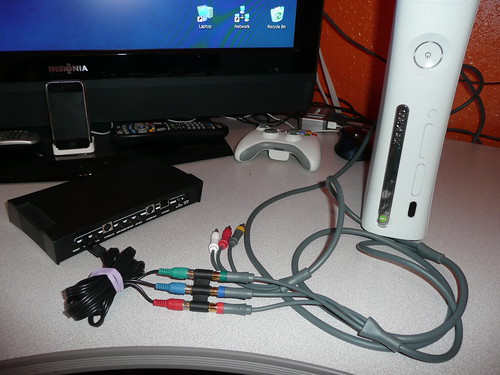 Take the audio RCA cable from the Xbox (it’s the same component cord that has the red/green/blue on it) and take the other triple phono coupler and plug the red and white cords in (doesn’t matter which colors it goes into.) Then take the same audio RCA cable that came with the HAVA (red/white/yellow cord) and plug it into the other side, making sure the red and white plugs are on the same alignment. Then plug in the mini-stereo jack into the back of the HAVA where it says A/V In. 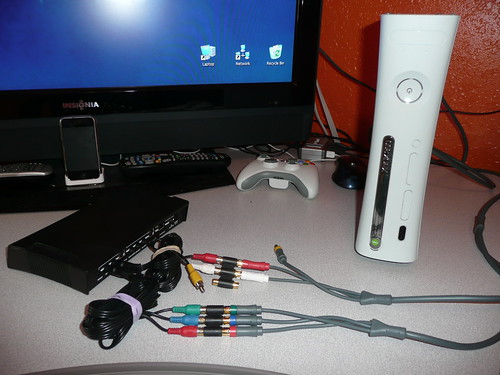 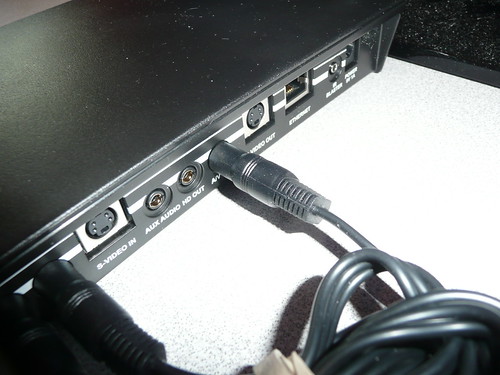 Plug both cords from Step 4 into the TV where you’ll be playing the Xbox 360 on. 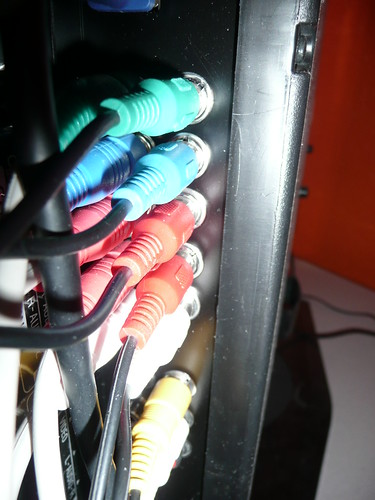 Connect the ethernet cord to your router, and the power cord, and plug it in.

Make sure your TV is on the correct video source (for example, the HAVA is plugged into my TV’s Component 2). Turn on your Xbox 360. If the logo comes up and everything works fine, you’ve set everything up properly. 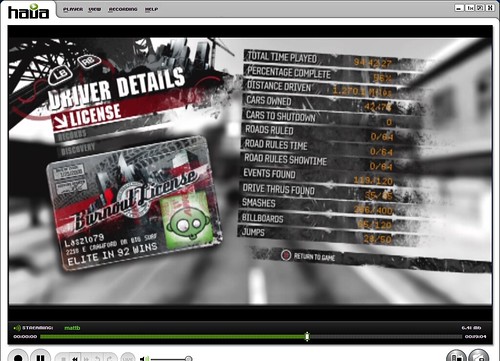 It should show whatever is on your TV, albeit with a slight lag. Which is why you’ll be playing on the TV, while your computer records what is being shown on TV. In HAVA Player, be sure to go to up to the menu and go to Player>Settings and set everything up there.

To record gameplay, simply hit the big record button on the HAVA Player. When done playing, hit the stop button. From there, you can do whatever you want with the video that is created. I suggest sharing it on Stage6, which allows for higher quality video sharing than what YouTube allows.

Here’s a video I recorded with my camera showing me playing the Xbox 360 on my HDTV and then walking to the kitchen where my laptop is playing what I’m doing in my room using the HAVA Player.

Also, if you’d like to see the quality of a recorded video using the HAVA Player at default settings, you can download it here (150MB). Right-click the link and choose Save As to download it and play it using your video player.

If you’d like to see videos I’ve recorded, be sure to visit MattPlays.com.

Update: I’ve disabled comments because of overwhelming support questions. Please do not email me with questions. I’m just one person that has limited experience with Hava’s product. Hava has dedicated support for their product, visit their Support Page if you need help or have questions. Thanks!

Our self paced cfa course, 70-448 and high quality MB2-422 provide you definite guarantee for passing the real exams. If you want to get through exams, study our braindumps material, 1z0-535 dumps, and 117-101 dumps.

130 Responses to How to Record Xbox 360 Gameplay Videos, while using Medifast to Stay in Shape!