Home / Food / Happiness in a Box

Happiness in a Box 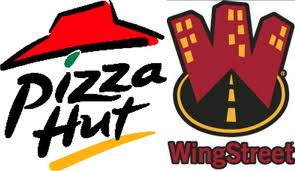 Growing up being into spicy foods and having a father that enjoyed sports bars meant that I got to try every imaginable buffalo wing flavors and heat levels. After so many years of that, only a few places stood out, with wings that had unique flavors or unbearable heat levels (usually these kind of wings weren’t even listed on the menu and the owner/manager of the place would come out to confirm you really want to bring on the pain.)

So, a year ago, when I discovered that Pizza Hut joined up with Wingstreet in co-location to sell their “award-winning” buffalo wings, I scoffed at the notion of a major franchise actually having anything both spicy and flavorful.

Oh, how so very wrong was I. Very, very wrong. My eyes nearly fell out of my skull when I took my first bite of Wingstreet’s Burning Hot Bone-In buffalo wings. My skepticism was wiped out by pain and sheer joy. Not only were they pretty hot (coming from a franchise, mind you) but they had, what I later officially declared, the best flavor on a buffalo wing I ever tasted.

I know I haven’t tasted everything out there yet in buffalo wing land, and I’m certainly trying, but I’m not exaggerating when I saw I’ve tried thousands of different kinds in the course of my 28 years of kicking it on this blue ball of a planet.

So fast forward a year or so later, and here I am tonight, scarfing down on what I now deem as Happiness in a Box, Wingstreet’s hottest and best tasting wings: 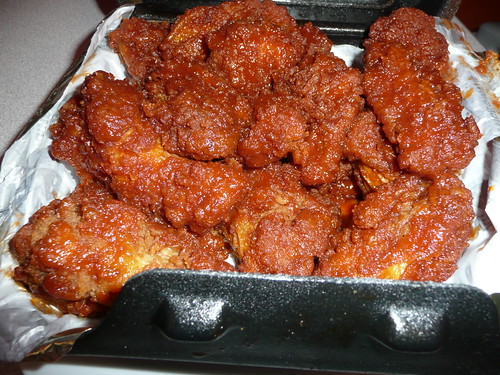