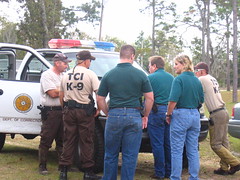 Back in July, I announced that a 12-year old girl was moving in with my roommate and I to temporarily care for while her father get back on his feet. Over the course of raising her in the months leading up to this day, we’ve found out she’s a problem child, a strong-willed one that doesn’t want to learn from the mistakes of others, but rather learn them herself the hard way. It has taught me many lessons that will be valuable for when I have my own kid(s) someday. Painful lessons, but necessary ones, regardless.

Here’s the things I learned:

There are a lot more I’m not listing, though. Repeated attempts to discipline her with chores, writing assignments, and taking away her possessions like the radio, CD’s, television, and worst of all, the phone, have all failed in curbing her enthusiasm for trouble. What she really needed was a spanking, but I wasn’t under any legal obligations to do so, and her father is a wimp and won’t spank her. She’s a spoiled rotten brat who wants her way, and when she didn’t, she would throw temper tantrums, scream, and pout.

It all came to a head last week when she got in trouble, again, at school for talking back to a teacher and disrupting the class repeatedly by faking burps and giggling incessantly. She was one referral away from getting a trip to Gateway, which is an alternate school for troubled kids. She knew this, and couldn’t handle the fact that the consequences of all her actions were catching up to her, so when she pulled a temper tantrum again at home, she decided to sneak out the window and “cool off” according to her note. She wrote to not call the police, that she will be back. However, her father told us to call the police, which we did.

She didn’t come home that night, she spent the night with a boy she liked, and slept in his bed. She said nothing happened, but she is fond of lying. A detective, 3 police officers, and 2 police officers with bloodhounds all spent their time looking for her, tracking her friends down, finding out if there was any word on the street. The way it went, was that she walked to a nearby church, met two older boys, went to their house with them to watch two movies, and then went to another house filled with 4 18-year old boys, and the one 13-year old boy she likes who she slept with. According to the cops, the house was a bad one, and has a bad reputation. They likely are pressing charges on these people, for being accessories to kidnapping, and harboring a runaway who is a minor.

A friend and her dad found her walking down the street about 22 hours after she had originally snuck out, and drove her home. She was defiant at first, acting like she was upset that there was police out looking for her, but they snatched her up, had her tell them where she spent the night out, gave her stern lecturing, and recommended to her father that he spank her (which he never did.) Since she was capable of this, there was no way she could live with us anymore. After a long talk, her father decided to put her in a shelter where there was counseling, home-schooling, and such for troubled kids. That will last for 21 days and then he has to find a girl’s home to put her for a while. If she continues the path she is walking, she may end up in a juvenile detention facility, which will most likely change her for the better, and fix her bad attitude.

She’s only 12 years old, yet she doesn’t care. Before she came, I was against spanking, but now I realize why it is necessary. One day she will realize what a really good opportunity she had here, that she threw away with reckless disregard. For now, she needs to be in a situation where she’s so miserable that she will realize she needs to change her ways, her attitude, and the paths she keeps walking. I just hope she does it before she gets hurt too bad and falls in a dark hole.

13 Responses to The Runaway Child